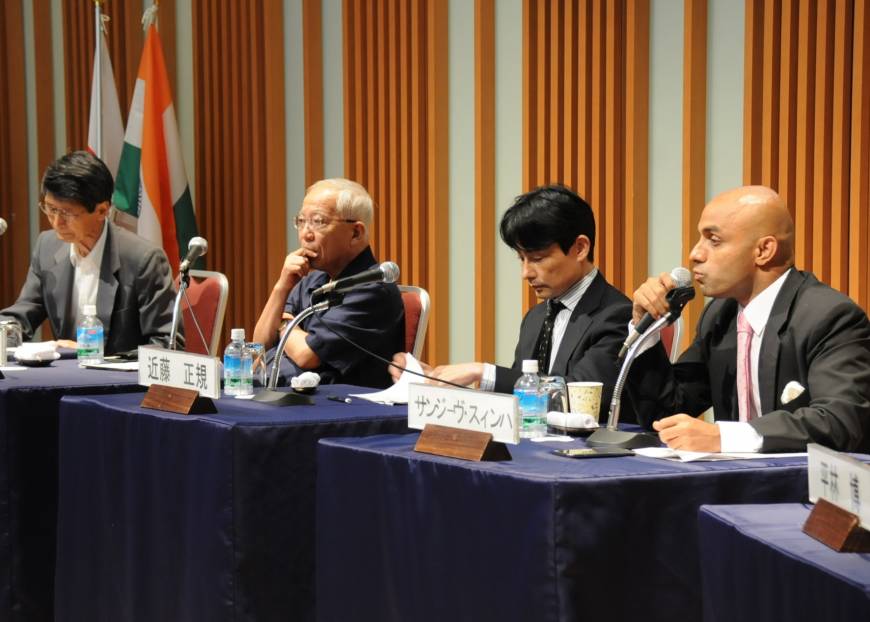 インド新政権に対して講演会＠経団連ホール Japan Times report on my speech and panel discussion about the new Modi Government of India at The Japan-India Association , Japan Chamber of Commerce and Keidanren (CII equivalent) of Japan.
http://www.japantimes.co.jp/news/2014/08/06/business/indias-political-economic-potential/#.U-N8l_l_vD8

Elephant in the dark

The fourth speaker, Sun and Sands Group President Sanjeev Sinha, delivered a presentation titled “Evolution of Democratic Elements in India: Leading to Current Government.”
“India is like an elephant in the dark. You have a different image of India when you touch different parts of it. India has many religions and regions. It’s very diverse,” Sinha said. Sun and Sands Group is engaged in consulting with respect to overall financial strategy and management in cross-border business between Japan and India.
Indians are also very philosophical. Wealthy or poor, people like discussing God, diplomacy and other topics, he said, adding that the country was successful accepting democracy in 1951 even with just an 18 percent literacy rate.
“Education and media are important for democracy and the two have been strengthened in recent years,” he said.
“In the election, people paid more attention to the economy than to the caste system. Many people now have mobile phones and literacy has gone up quite a bit. The voice of the voter has also become stronger,” he said.
Through the election, the Indian people showed they have become less tolerant of corruption, more aware of other developed countries’ success stories and more proud of their culture. Additionally, they strengthened social values and teamwork, while showing higher awareness of equality and developing higher expectations of the government, he said.
0 replies

Want to join the discussion?
Feel free to contribute!